23 members of the Mothers Out Front South Bay (San Jose) team celebrated our recent big wins with a picnic in the park today. We showed off the vibrant yellow shirts we got for the Rise for Climate march.

Find out how you can connect to the San Jose/South Bay Mothers Out Front Team!

Mothers Out Front Flips The Switch for San Jose CCE

Watch the video of Ariana Habermann (7th Grader) speaking for her future!

Gov. Brown, keep oil and gas in the ground

During a heat wave last year, the night-time temperature in Amanda Senior’s San Jose home was 95 degrees. The air conditioning wasn’t working, and Senior was worried about her two young sons, who were only two and six-years old at the time. She did all she could to keep them healthy and comfortable, including letting her youngest sleep without his diaper. A dirty, wet bed was the least of her concerns.

“I was concerned when I woke up the next morning, they may not,” Senior, a volunteer with the nonprofit Mothers Out Front, told me. “I can only imagine how worried other mothers who have no air conditioning must have been for their children.”

Victory! History was made on September 10th in California, as Governor Brown signed into law SB 100, Senator Kevin De León's landmark bill that will fast-track California’s transition to 100% clean energy. It represents a victory of people over polluters, through a grassroots coalition of environmental, business, labor, consumer, science and faith-based groups—and moms!

Congratulations to the Mothers Out Front San Jose team, whose persistent advocacy of their Assemblymember, Evan Low, helped to secure his vote. Thanks also to the new Mothers Out Front team in San Francisco, who joined them in lobbying for SB 100 and whose Assemblymembers, Phil Ting and David Chiu, co-authored the bill. Everyone is thrilled that over a year of hard work has paid off with such an important win, making California only the second state in the nation (after Hawai'i) to commit to 100% clean energy by 2045—and to 50% clean energy by 2026.

August 28, 2018 - Today is a historic day!! This evening, in a bipartisan vote, the California state Assembly passed Senate Bill 100. Once Governor Brown signs it into law next month, the fifth largest economy in the world will be on track to be powered entirely with clean electricity by 2045!

Make no mistake, this is a victory of the people over the fossil fuel industry. SB 100 was heavily opposed by PG&E and the Western States Petroleum Association, the most influential lobby in Sacramento. Yet their money was drowned out in a sea of petitions, postcards, calls, tweets, and lobby visits from a grassroots coalition of consumers, people of faith, environmental justice advocates, labor unions, scientists--and moms!

Adelita Serena of Woodland, one of the participants in the rally and press conference, emphasized what is at stake if the Legislature passes AB 813.

“I’m here for our children’s future,” said Serena, a member of Mothers Out Front. “As a mother, I’m concerned about the increasing risk to our kids if AB 813 passes through the Legislature. This bill would put the control of California’s electricity grid into the hands of the Trump administration and California would be at great risk. I urge folks to call their local senators to stop this bill from becoming law.”

Click the link below to read the full story!

On August 12th, mothers gathered for the first time at a Mothers Out Front House Party in Woodland to join in the #RiseForClimate campaign and push our leaders toward clean energy policies for our families.

Come out and join these mothers on September 8th! RSVP by clicking here! 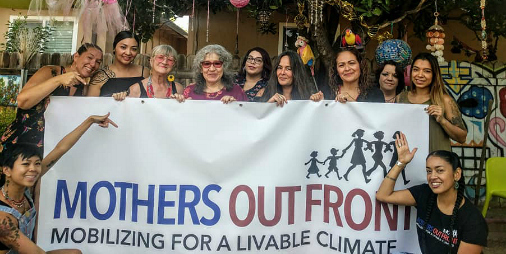 In the team's second lobby visit in three days, Co-coordinator of Mothers Out Front South Bay, Amanda Senior, and her sons joined a delegation from Orchard City Invisible to Assembly Member Evan Low’s Cupertino office. This group of 11 adults and children spoke with Patrick Aherns, Assembly Member Low’s senior representative, urging him to support Senate Bill 100, the California Clean Energy Act, which will come to the floor for a vote sometime in August.

As Amanda put it, “Actions speak louder than words.” 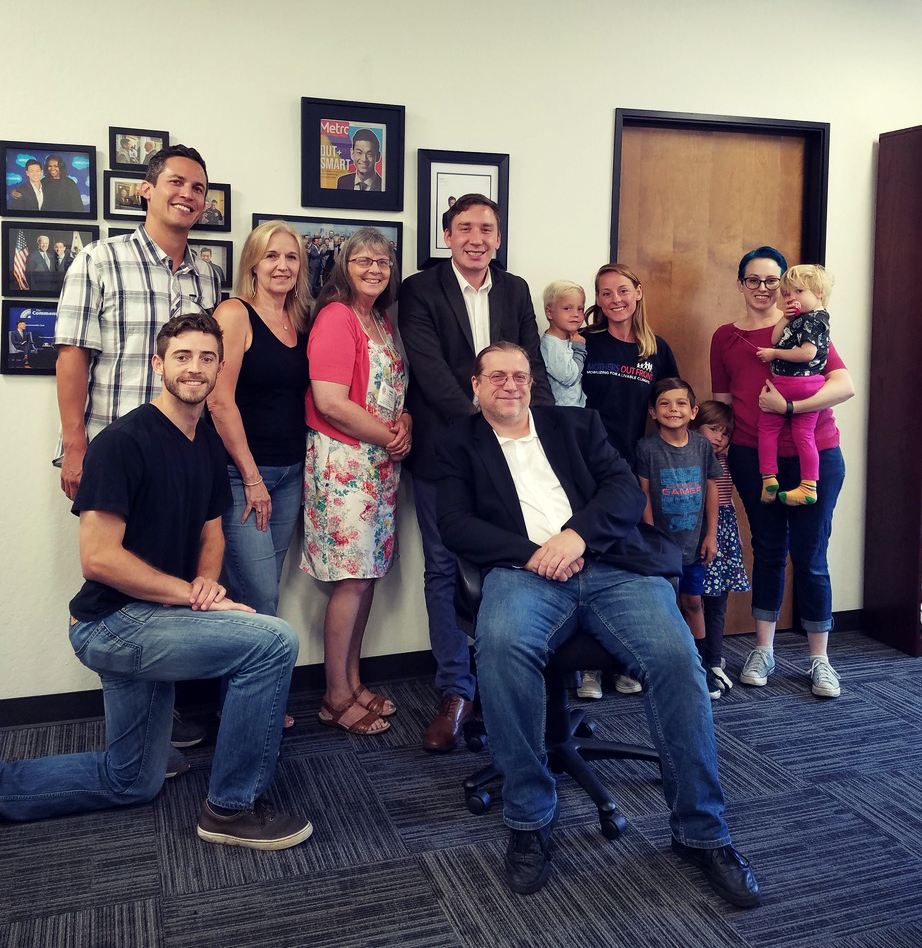 A group of 11 citizens including Martina Keim, the co-coordinator of the Mothers Out Front South Bay Team, met with Assembly Member Evan Low’s staffer for the environment to urge him to co-author Senate Bill 100, the California Clean Energy Act. Mothers Out Front South Bay has now delivered over 350 postcards from constituents to Assembly Member Low asking for his support on SB 100, the most important environmental bill of this legislative season. We hope he will announce very soon that he will vote for SB 100 when it comes to the floor for a vote in August.

VIDEO! Watch the report on how Mothers in South Bay/San Jose helped to push for more renewable energy in their state. Local action translates to real climate action when it happens in a lot of places all at once. Let's get started!