Mothers Out Front is growing in California! We have active teams in San José, San Francisco, and the Capital Region (Woodland/Sacramento), and are forming new teams in San Diego, Fresno and the San Francisco Peninsula.

We have already had a significant impact on local and state climate policy, partnering with other climate action and environmental justice groups. In the Spring of 2017, our South Bay (San José) team played a pivotal role in persuading the San José City Council to vote (unanimously!) for Community Choice Energy, which will dramatically reduce the carbon footprint of the nation's 10th largest city.

In 2018, our new teams in San Francisco and the Capitol Region joined our San José team in advocating for Senate Bill 100 (the California Clean Energy Act), helping it overcome significant opposition and finally pass the Assembly in the final days of the session. This landmark measure will accelerate California's transition to 100% carbon-free energy by 2045, one of the most ambitious targets in the nation.

Our teams also participated in the Brown's Last Chance campaign, urging Governor Brown to do more to protect vulnerable residents from the harms of fossil fuel extraction and refining, and address the fact that California is one of the leading oil producing states in the country. While he didn't agree to our demands, we are hopeful that our new Governor will. Click "Our Campaigns" to learn about our current efforts.

To be able to effectively challenge the immense power and resources of the fossil fuel industry, we need to build our people power, and that means YOU! Please visit the other pages of our website to see where you can plug in. It takes a village to preserve a livable climate for all children. Thank you for all you do! 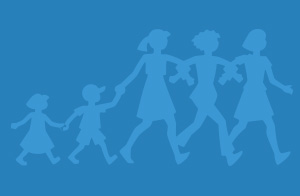